Original music, playful puppets and plenty of mayhem are at the forefront of these shows. This year, in honour of the theatre’s 20th anniversary, the team decided to bring back a fan favourite, Farmer Joe And The Money Trees. This show was the inaugural prairie panto in 2004 and was written by an all-star cast including favourites like Angus Ferguson, Crispi Lord and James O’Shea.

“We wrote the show in 3 weeks, which is lightening speed for a production. We’ve learned since to give ourselves a little more time so we don’t die,”

“We wrote the show in 3 weeks, which is lightening speed for a production. We’ve learned since to give ourselves a little more time so we don’t die,” jokes director Angus Ferguson. “It’s been fun to see how much of the show still holds up.” Surprisingly many of the jokes, like ones about Donald Trump, still have relevance more than a decade later.

The story centers on Jack, who is sent by his mother to sell land in an effort to keep the family farm afloat. He plants the dollar he earns from the sale and it sprouts a money tree, which not only grows an unexpected crop, but also greed in the community. 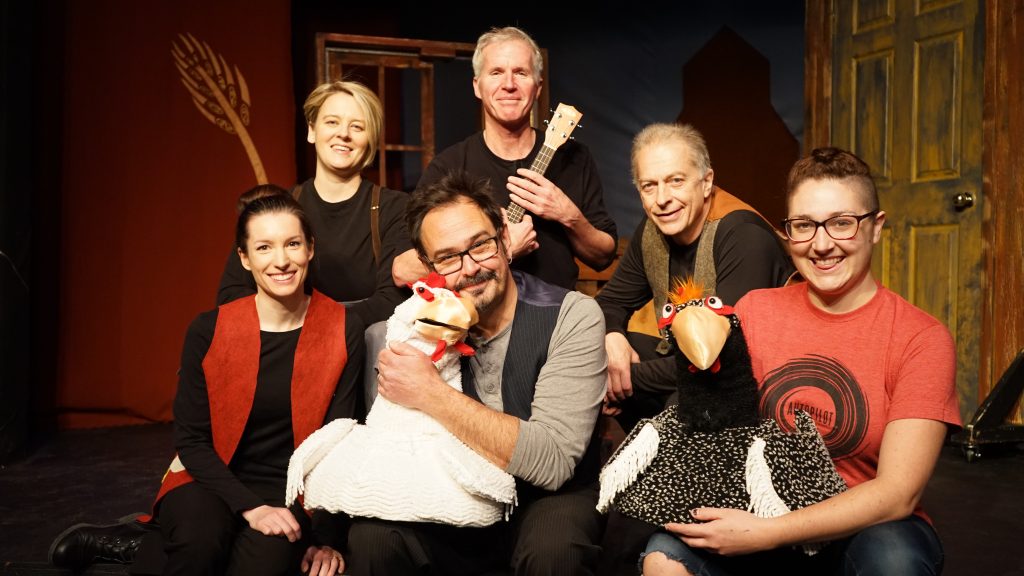 Fans will be excited to see Lord and O’Shea reprise their roles. O’Shea says it’s great to have these pantos as an entertainment option around the holidays.

“It’s just a chance to blow off some steam in the winter cause you know it’s getting cold.” Jokes O’Shea, “All your relatives come over to the house, oh it’s ghastly!”

It’s a production Ferguson promises will be a great night out for the entire family.

“It’s a deliberately inclusive show.” Ferguson continues, “The kids will love the puppets and songs and there’s some comedy and political references just for the adults. This is meant to be something we can all enjoy together this holiday season.”