“The audience will feel the devastating pain of rejection, the thrill of exotic dance and the ecstasy of love.”

The anticipation of a first kiss, the electricity in a lover’s touch, the thrill of a forbidden place, and the ecstasy of a warm wind as it envelops you; the Saskatoon Symphony Orchestra has an intoxicating evening in store. Bolero! is an evening full of passion featuring celebrated Canadian pianist Angela Cheng. 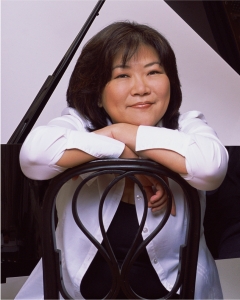 Cheng, was born in Hong Kong, raised in Edmonton, and is now a professor of piano at Ohio’s Oberlin Conservatory of Music. She’s performed on the world’s biggest stages including the Kennedy Centre, Carnegie Hall, and London’s Wigmore Hall. Cheng will join the SSO in a concert full of passion including her performance of de Falla’s Nights in the Gardens of Spain, G. 49.

“It fills my soul to create in the moment and I hope I can share that experience with the audience.”

“I was thrilled to be invited back to play this piece with the SSO,” says Cheng. “It’s luxurious and runs the entire gamut of human emotion. It fills my soul to create in the moment and I hope I can share that experience with the audience.”

Under the direction of conductor Judith Yan, the orchestra will romance the audience with tales of passion and angst, taken from de Falla’s opera La Vida Breve. The work follows the story of a woman, passionately in love with a man who is engaged to another. 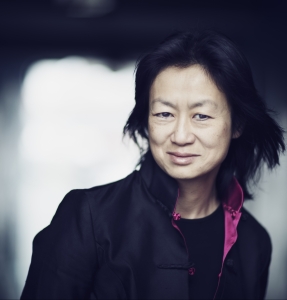 This concert will soar with the North American premiere of Viento del oeste by Fernando Velázquez who is known as the “John Williams of Spain” for his work composing for more than 50 films in his home country.

As the title suggests, the program will reach its climax with a piece that ruffled more than a few feathers, Ravel’s Boléro. Ravel was called a “madman” when Boléro premiered because of the unrelenting theme that builds and blooms in front of you.

“Like any good romance novel, this piece winds you tighter and tighter.”

“Like any good romance novel, this piece winds you tighter and tighter,” says Yan. “It’s a seduction that Ravel vehemently denied but, the audience feels to its core until it ends in an incredible explosion. It’s absolutely amazing, I hope the performance takes the audience into sensory overload. When you ask me, ‘Is it a sexy, musical experience?’ My easy answer is… Yeah it’s an awakening!”

This performance will also be available digitally on ConcertStream.tv