When it comes to writing fiction with a romantic twist, author Joanne Paulson just can’t help herself. Paulson has just released her sixth work Blood and Dust and it’s the perfect read for those binge-watchers of the TV series Yellowstone or it’s spinoff 1883. The story is full of action, passion and dusty trails. The idea for the book came from a dream Paulson’s husband had one night. 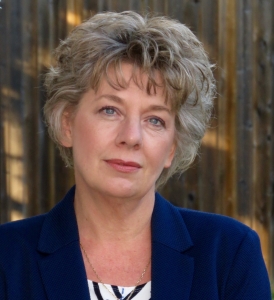 “He dreamt he was asked to save someone’s life, without any medical training, just his skills as a goldsmith,” she says. “When he told me about it, it didn’t sound like modern day. It sounded like something that happened in the wild west.”

The result is a tale of James Sinclair, a goldsmith, accused of a crime he did not commit riding across the country in search of a new life on the prairies.

“I sat down to write it and there it was, in the middle of a dusty Moose Jaw street in 1882,” Paulson says. “James is a man trying to escape the clutches of a man who’s accused him of a horrible crime. He dreams of a full, normal life with love and fulfillment but, it’s a struggle to get there.”

It wouldn’t be a Paulson novel without the romance. The author has already gained plenty of accolades with her Adam and Grace romance novels. There are several women that cross Sinclair’s path but it’s Abby that wins his heart, even if she did want to kill him when they first met.

Paulson says this work of historical fiction required hours of research some of which she credits to local historian Bill Waiser’s book Saskatchewan: A New History.

“I learned so much about Saskatchewan and I hope I can continue James and his family’s journey on to Saskatoon and Regina in future novels.”

“I did more research than writing because it’s hard to put yourself that far back,” she says. “I spent hours online trying to understand how the railroad was built and when it arrived in Moose Jaw. I learned so much about Saskatchewan and I hope I can continue James and his family’s journey on to Saskatoon and Regina in future novels.”

Paulson says this work made her feel more grounded in Saskatchewan and she hopes readers will feel the same.

“Even after seven years, I still feel like I’m new to this. I learn a lot when I write these books. Once I’ve latched onto a subject I need to know all about it,” she says. “It was such a great journey, it made me feel at home.”

For more information on where you can get a copy of Blood & Dust, follow this link.