“Working on this play has reassured me that this is a natural thing that happens, that you are not alone.” – Rachel Walliser

Code Red, A Visit from Aunt Flow… The Curse! They are just a few of the euphemisms for menstruation Rachel Walliser heard growing up. It was hidden, whispered about, and largely ignored at school. Walliser counted herself lucky she had a mom who spoke openly about it but many of her friends weren’t so fortunate. 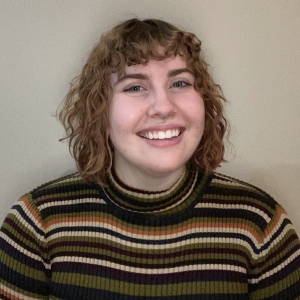 “I just didn’t understand why is was still so taboo. As a young girl I wanted to talk about it,” she says. “So many people in the world get a period or, wish they did. It’s such a huge part of our lives. I knew having those conversations always made me feel better.”

Last summer, Walliser was chosen as one of the winners of the Saskatchewan Playwrights Centre ‘Write Like You Mean It!’ program. It allowed her to develop a verbatim piece of theatre created from interviews done with people who menstruate or have experiences related to menstruation.

Breaking the Curse got the attention of 25th Street Theatre and Ferre Play Theatre and the companies decided to team up to produce it. Continuing in the spirit of collaboration, four directors, each armed with a part of the script, have created a performance with a cast of 12 actors that will be presented like a film.

“In this day and age, we talk about everything, we’re pretty liberal but this topic, menstruation… It’s just not discussed. We want to change that.” – Angela Christie 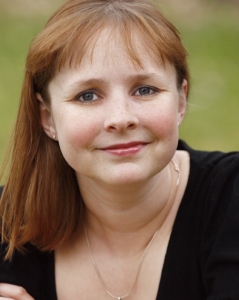 “As a producer, we are always looking for stories that aren’t often told and opportunities to showcase our amazing talent right here in Saskatchewan,” says Ferre Play Theatre’s Angela Christie who also acts in the show. “In this day and age, we talk about everything, we’re pretty liberal but this topic, menstruation… It’s just not discussed. We want to change that.”

Being part of the cast has given actor Kristel Harder new perspectives on menstruation. From period anticipation and cramps to changing tampons and pregnancy loss, it’s things Harder wished they’d heard years ago.

“I was bursting to talk about it.” – Kristel Harder 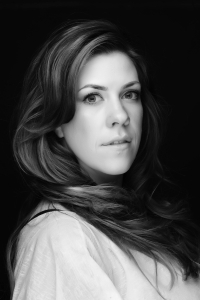 “It’s just very comforting to work through this script,” she says. “Despite having lots of interactions with people with uteruses, I haven’t had conversations about it. I was bursting to talk about it.”

Breaking the Curse will be presented both as an in-person premiere screening at the Roxy Theatre and then the show will be available digitally, on demand. Walliser is excited about the production and hopes it will be the start of something more.

“I love the car ride home after seeing a performance, that’s when we talk about what it brought up for you,” she explains. “I hope this play starts a conversation and that it eliminates the fear and shame of periods. They should be normalized, celebrated.”