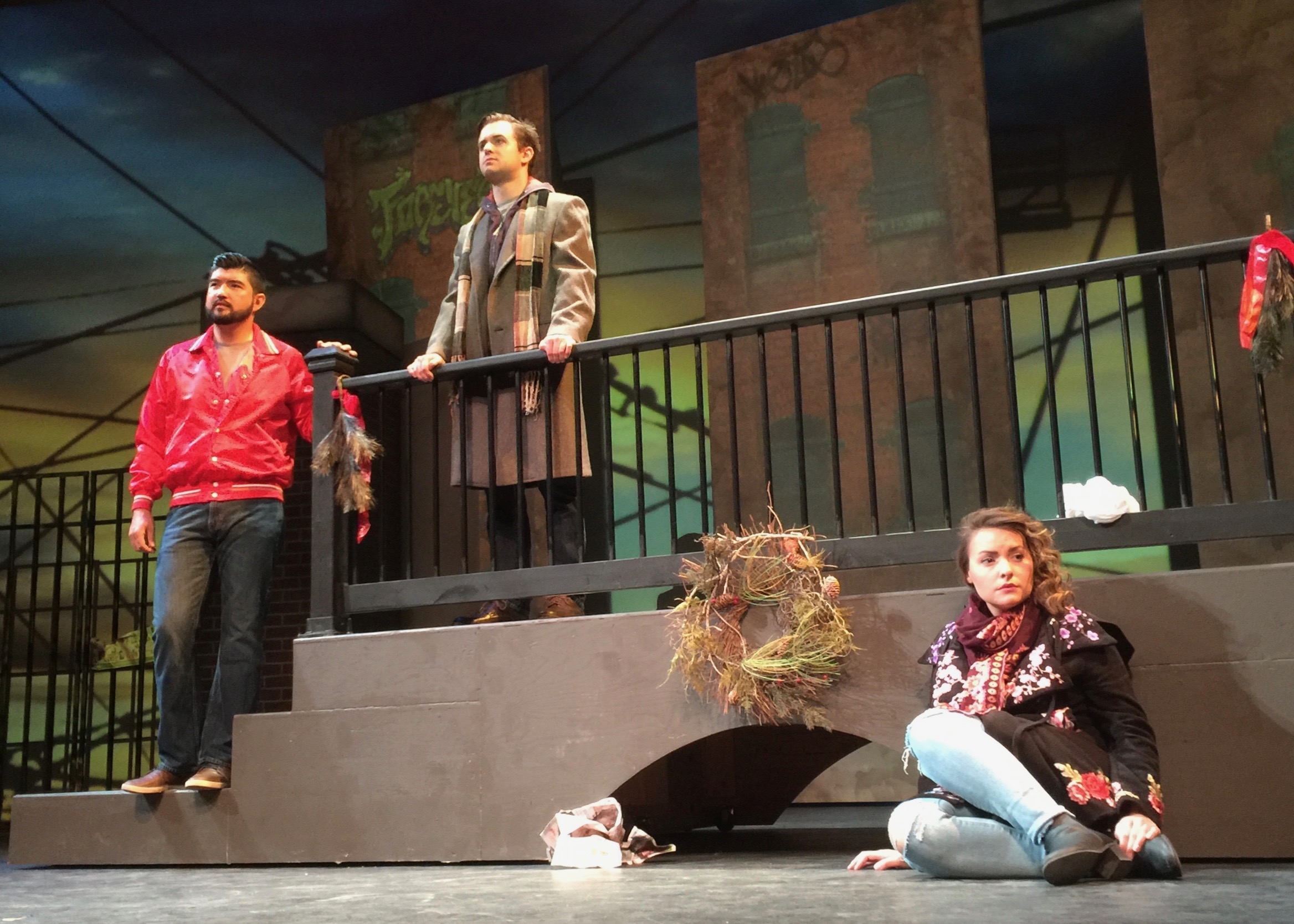 Puccini’s tale of tragedy, love and life is being brought to the stage in La Bohéme. (L-R)Clarence Frazer, Marcel d’Entremont and France Bellemare (Saskatoon Opera)

You may know him as an actor, a director or even a clown but regardless of how you know Saskatoon’s Charlie Peters, you will be impressed by his latest incarnation. Peters is making his directorial debut on Saskatoon Opera’s main stage in a modern retelling of Puccini’s classic La Bohéme.

“The sets, the music, the size of the cast, this is a production on a massive scale.”

“This is such an exciting opportunity for me,” says Peters. “It’s a chance to tell a large story in a large way. The sets, the music, the size of the cast, this is a production on a massive scale.”

Like it’s director’s career, The tale of La Bohéme is one that’s constantly evolving. The original opera was based on a set of short stories, Scenes From Bohemian Life by Henry Murger. The opera inspired the Tony award winning musical Rent. The story follows a group of young, poor artists as they struggle with love, poverty and loss. 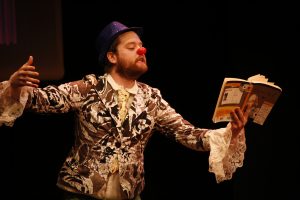 Working with this opera posed a few different challenges for Peters. The first was working in Italian. “I’ve never worked in another language before even in my work with the Saskatoon Opera In Schools program, the works were always translated into English,” says Peters. “It was a lovely new challenge. I relied on good translations and the singers helped me a lot.”

Another challenge on Peter’s plate was one of interpretation. This production is a modern staging of the opera. “One of our lead characters (spoiler alert) dies because she can’t afford the medication that will cure her.” Peters says, “This absolutely happens now. One in five Canadians can’t afford medication. There is a direct correlation between how much money you make and how healthy you are.”

“Being a director in this show is all about looking at the amazing talent and asking, ‘What do they need?’ “

Peters gives all credit to the cast, made up of many artists from right here in Saskatchewan. “Being a director in this show is all about looking at the amazing talent and asking, ‘What do they need so we can pull this all together and move towards a common goal?’ ” He exclaims, “I’m really excited to see how the audience responds to this performance because it really is a huge show by Saskatoon standards.”

La Bohéme opens at the Remai Arts Centre this weekend and runs until June 23. After that, Peters continues to expand his theatrical horizons with Sum Theatre’s Theatre in the Park in July before taking his clowning skills to Victoria’s outdoor theatre festival SKAMpede.

To find out more about tickets for Saskatoon Opera’s production of La Bohéme click on this link.