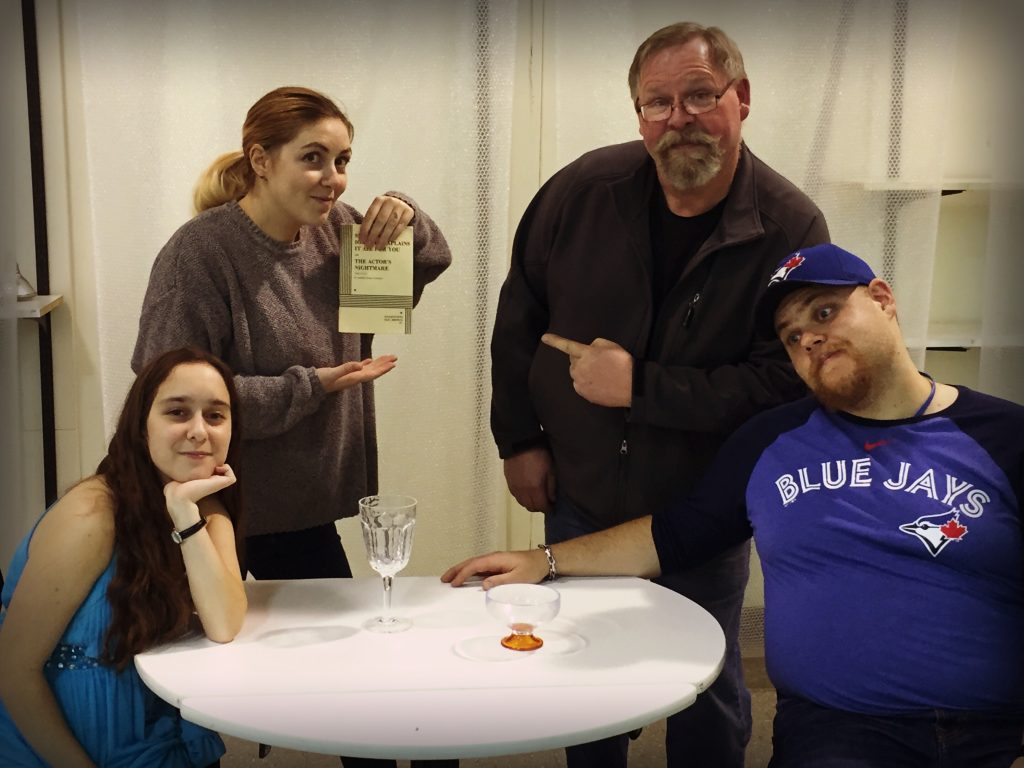 “There are a lot of people who love theatre and participated 100% in high school and even into university but when they were done, went on to careers outside the arts,” says Theatre Saskatchewan’s executive director Melissa Biro. “Community theatre is the opportunity to perform no matter if you are an amateur or professional. We aren’t doing this for a paycheque, we’re doing this for the love of theatre.”

The three-day festival will feature performances by groups from all over the province. Troupes like Yorkton’s Impavido Theatre and the Cochin Community Players will have the chance to entertain crowds and then get adjudication from the pros. This year Saskatoon’s Lorna Batycki will be giving her feedback on the shows.

“It’s is a chance for local theatres to continue learning about the craft.” Biro explains, “It’s a chance to travel, meet new people that have a shared interest in theatre and hone skills on the stage.”

April Watson performs with Warman’s Scared Scriptless Players. Her troupe is performing and, for the first time, hosting the festival. “Everyone has their hobbies and drama is a great one,” says Watson. “This is a chance to get involved with your community and also find satisfaction in a great show and really it’s just a whole lot of fun!”

Biro says TheatreOne 2017 is also a great evening out. “A lot of people can’t afford the big touring shows or have to travel to see theatre. Community theatre is a chance to see your neighbours on the stage and see those performances at an affordable price.”

After the performance each night, audiences are invited to join the players for the after parties, which are included in the admission. TheatreOne 2017 will be held at the Brian King Centre in Warman, SK. Tickets are $15 for a single day or $35 for a weekend pass.