The Other Side of the River

Sum Theatre has been on a roll touring Saskatoon’s community parks with its rock opera The Other Side of the River this month. The show tells the story of two communities divided until circumstances force them together and they discover they are not so different after all. This performance has all the music, original story and giant puppetry that the whole family has come to know and love from Theatre in the Park. Tickets are free but you have to register on the website to attend.

For the full schedule and performance dates go to click here.

Art in the Garden

It’s time to head outside to the garden and enjoy music, fine food and visual art. Artist Valerie Wiebe is combining her passions for music and painting and inviting the public to her home just outside Saskatoon for one heck of a garden party. This is the second time for Art in the Garden and this year it’s bigger than ever with performances by musicians like Definitive Collection, Catherine Anakha and The Steadies frontman Earl Periera as well as comedian Matthew Murray. There will be food and cocktails by Chef deParti and it’s just going to be a ton of fun. Tickets are by donation.

For all the details and directions, f this link. 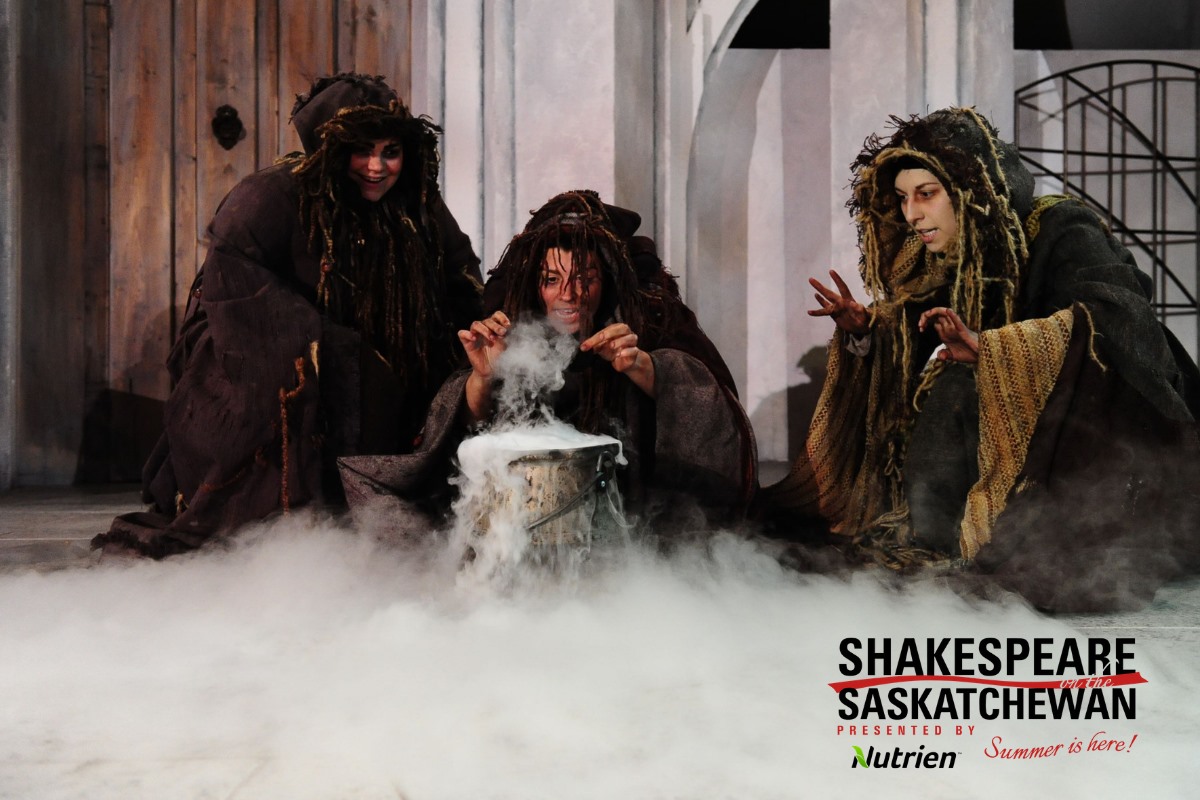 An archival photo of the 2013 performance of Mabeth at Shakespeare on the Saskatchewan.

Shakespeare on the Sask. Site

Double, double, toil and trouble; the Shakespeare on the Saskatchewan Festival is set to kick off Wednesday July 21 on the newly refurbished site with the presentation of Macbeth. The Bard’s famous tragedy is the story of the ill-fated Scottish general as he fights to become king. Civil war, betrayal and a decent into madness will have you on the edge of your seat. Performances featuring Joshua Beaudry and Kristi Friday are nightly at 7:30p.m. with several 1:00p.m. matinees available. Tickets are $16 – $39.

A Night at the Carnival

It’s carnival of thrillers to entertain you from the team at Saskatoon’s Fantastic Film Festival. Three shows will hit the big screen and get your blood pumping. George Ramero’s The Amusement Park, The Funhouse from Tobe Hooper and Carnival of Souls rounds out your evening of terror. Purchase tickets, if you dare. They are $10 each or all three for around $20.

After last years scaled back version of the Fringe, 25th Street Theatre is gearing up for a 10-day festival like the ones we remember. This year’s lineup includes 15 live in-person productions from local and national companies at the Broadway Theatre, the Refinery and an outdoor stage in W.E. Graham Park behind École Victoria School. There are also 21 international shows being presented digitally. Outside of the theatre shows, there are workshops, carnival games, crafters selling their wares and a ton of fun in store. Make sure you stop by the Augmented Reality Maramé Leaf Project to add your own leaf to the trees that will decorate the site. If you’re looking for an after-show bevvie, head to the Winery by the Refinery or Street Beach. Families, don’t miss the Kinsmen Fringe Family Fun Zone where the kiddos can make their own puppet and then march along in the nightly puppet parade. You won’t want to miss the Fringe Kids Got Talent open mic night happening each Saturday during the festival. It’s a chance to get out and have a little fun together. Tickets for all shows are $16.

For all the details, here’s the link.