Sonia Reid Noble is back on The Bassment stage this weekend. The vocalist and music educator is well known for her gospel-infused performances. Reid Nobel is no stranger to Saskatoon, in 2018 she opened for Dee Dee Bridgewater on the SaskTel Saskatchewan Jazz Festival stage. Her latest album Take Courage is an inspiring work all about having faith and not giving up. It’s going to be an uplifting evening of heartfelt tunes. Tickets are $22 – $27

He’s a legend in Canada’s Blues scene, played alongside greats like Muddy Waters and he’s mentored countless young musicians in our city like Jordan Cook. McLean’s latest album Pocket Full of Nothing just earned him a 2020 Juno nomination. But, before the big awards show in Saskatoon,  McLean’s in Saskatoon for a string of shows at Buds, the place where he recorded his first live album three decades ago. McLean will be reliving the original recordings and entertaining a crowd that’s loved him throughout the years. Saturday, there’s a special matinee performance at 3:00p.m. before the Buds Jam session at 4:00p.m.. There’s a cover charge of $8 for Friday and Saturday night’s shows.

It’s a night of betrayal, passion, mistaken identities and gourmet food. The annual Chef’s Gala & Showcase is back for another evening filled with delights. This year, the team is celebrating the soap opera. This is an event that not only gives recognition to our city’s finest chefs through the awards portion of the evening, it also entertains and raises money for several local independent arts groups. As the audience winds its way through a seven-course meal there will be entertainment by Little Opera On the Prairie, Live Five Independent Theatre and the Ritornello Chamber Music Festival artists. Tickets are $170 for a single ticket and $1300 for a table of 8.

Thomas Yu with the SSO

Periodontist by day, pianist by night Thomas Yu is a busy guy these days. Despite his full-time career as a periodontist, and having two small children at home, Yu has kept up his musical chops. The 2016 Cliburn competition gold medalist and he’s coming back to his hometown for a show with the Saskatoon Symphony Orchestra. Yu will be performing Saint-Saëns’ piece Piano Concerto No. 5, the very piece that won him the international piano competition. Also, on the program, featured works by Calgary composer Vincent Ho and prairie-born composer Nicole Lizée. Tickets are $33 – $73. 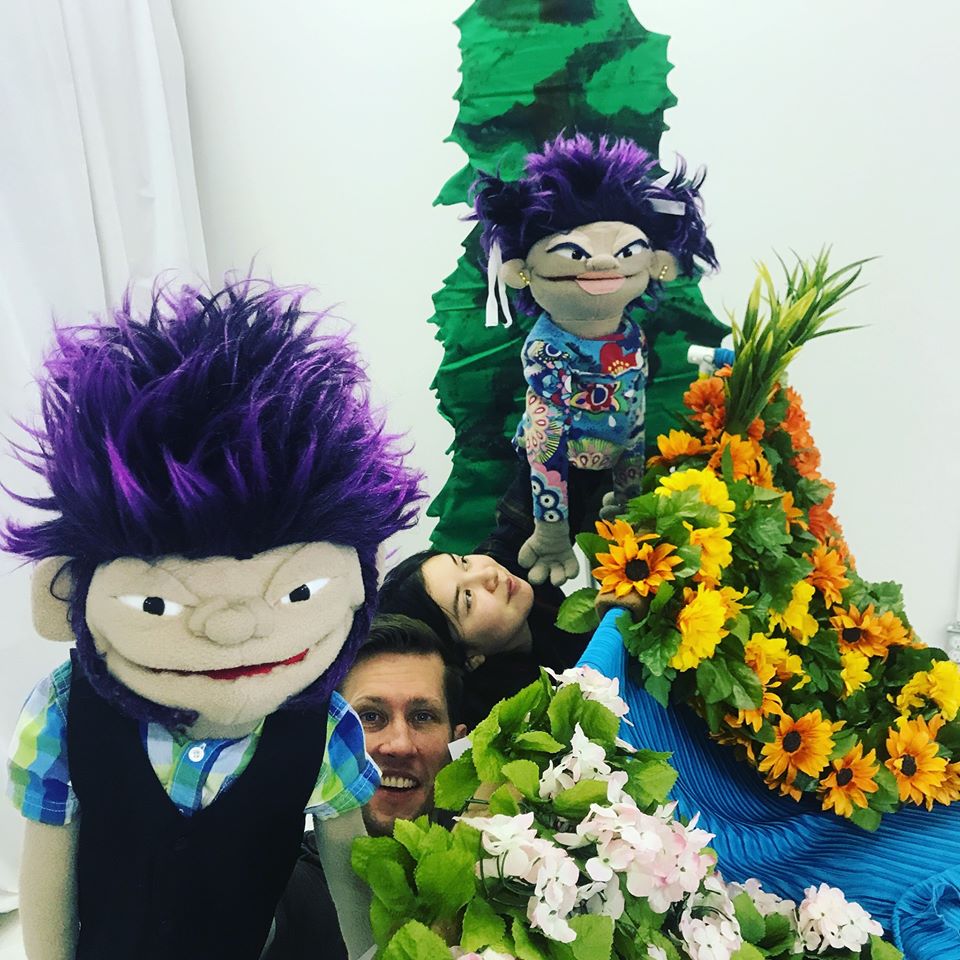 Just in time for the February Break, Wide Open Children’s Theatre is opening a brand new puppet production by Saskatoon’s Aaron Marie Nepoose. Piyisew Iskwesis or I Am Thunderbird Girl is based on a traditional Cree tale about a young girl in search of her destiny and the friends who help her along the way. The show will be in English but will feature Cree words. Tickets are $12 – $17.

They broke out in 2008 and were all over the airwaves with When The Night Feels My Song. The duo of Jay Malinowski and Eon Sinclair are back with a new full-length album Mass. The music blends New Orleans jazz, afro-pop and gospel into a feel good sound that’s sure to have you up and dancing. Tickets are $25 – $30.

In the spirit of community and of reconciliation, Persephone Theatre offers a powerful and timely new documentary play reflecting on race relations in our province.Reasonable Doubt is on the Main Stage in Rawlco Radio Hall January 29 – February 12, 2020.For more Info and tickets: persephonetheatre.org/reasonable-doubt

It’s a show that’s received national attention and is sure to keep the discussion going long after the curtain closes. Reasonable Doubt comes from the creators of some of the most ground-breaking theatre our community has seen in the past few years. The documentary play by Joel Bernbaum, Lancelot Knight and Yvette Nolan is is based on the public’s reaction to real-life, tragic events in our community. Fuelled by the response to the death of Colton Boushie, an Indigenous man who was fatally shot on a Saskatchewan farm in 2016. Bernbaum set out to interview Indigenous and non-Indigenous people and gather their reactions and opinions surrounding the shooting. The trial and media firestorm that followed polarized our country and this show takes an inclusive look at public opinion surrounding the events. The production will be followed by post-show discussions with the audience and is meant to be a first step towards healing. Tickets are $41 – $51.