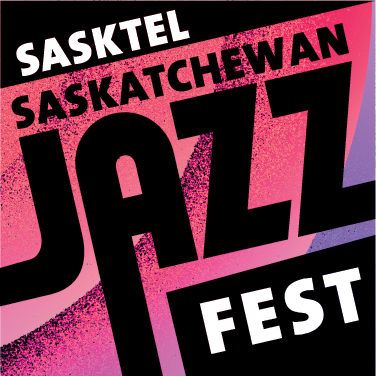 10 days of music and 137 shows all at your fingertips at the SaskTel Saskatchewan Jazz Festival. (Facebook)

The stages will be set for nearly two weeks of performances in every corner of Saskatoon’s downtown. From the free stage to the ticketed performances, there’s something for everyone at the SaskTel Saskatchewan Jazz Festival. Here are my picks. You can click on this link to create your own schedule of must sees.

It’s going to be a show like nothing this city has seen before. The Flaming Lips are set to kick off the jazz festival with a bang. Rumour has it festival organizers had to factor in clean up costs into putting on this show because when the Flaming Lips come to town, there’s puppets, crowd surfing in a giant inflatable orb, costumes and copious amounts of confetti. This show will be all about spectacle as they present psychedelic space rock. Tickets are $70.

Denise Valle is an R&B act out of Saskatoon who’s gaining a name for herself. Her music is a soulful blend of influences and definitely a sexy evening out at the free stage or later that same evening at The James Hotel. You may have heard her before as part of the Ness Creek Music Festival. Valle is currently working on an album and to raise the cash, she’s created her own “merch” to sell at the shows. What a great way to support music here locally. Both her shows on Saturday are free.

I don’t know many Canadians who haven’t taken a road trip and sang his songs at the top of their lungs. Tom Cochrane is an institution on our music scene and his hit Life is a Highway is 25 years old this year. Cochrane and his band Red Rider will be hitting the main stage for a show full of the classics. This is a perfect show to take the whole family to. Tickets are $65

If it’s classics you’re looking for, why not head to the Broadway Theatre Sunday night. The Saskatoon Jazz Orchestra presents Ellington Reimagined. This is a celebration of one of the most influential composers of the 20th Century. This show will have many of Duke Ellington’s hits and the SJO isn’t messin’ around as the show will feature many guest artists including one of Ellington’s former bandmates Brad Shigeta as well as the 2018 SaskTel Saskatchewan Jazz Festival’s Special Recognition Recipient Ross Ulmer. Kellylee Evans will be providing the vocals on this show. Evans is sticking around in the city for a while, she headlines her own show at The Bassment June 28. Tickets are $60.

Modern Hip Hop and retro vibes collide in the world of Shabazz Palaces. If you were into shows like Arrested Development or The Roots at jazz festivals past, this one’s for you. The Seattle based group defines its sound as Afro-centric sci-fi rap. There are a couple of chances to see this act. The first is on Sunday at the Capitol. Those tickets will run you $20. On Monday, Shabazz Palaces opens up for Kamasi Washington, a saxophonist whose created music with Kendrick Lamar. This is also a show that’s got a ton of buzz. Tickets for Monday night at the Gardens are $65.

Another band that’s sure to get you up on the grass at the free stage is the Connor Newton Quintet. This band debut at the free stage last year and as you can see from the crowd, people had a blast. Newton, originally from North Battleford, now lives in Saskatoon and lends his talents to many groups in town. He studied saxophone at Grant MacEwan University and the University of Toronto under musicians like Gordon Foote and Kelly Jefferson. This is a show that fuses hip hop and jazz together in one groovy afternoon. This is a free show and a chance to support local talent.

Get ready to be blown away by a huge voice and an even larger sound as Dee Dee Bridgewater takes the stage with the Memphis Soulphony. Bridgewater is known for her jazz chops but recently she’s headed into the direction of soul and that big gospel sound. Bridgewater will hit the stage to “testify” with original material as well as favourites by artists like Al Green and Gladys Knight. It’s gritty, soulful and very vintage. Tickets are $65.

There’s no way around it, the music of Prosad is infectious and exactly what I look for in an outdoor show. He’s been called the Jimi Hendrix of electric sitar which should be intriguing enough but he blends reggae and world music all into a feel good show. Jazz fest audiences will remember him from the Free Stage show last year and he’s back. This time, Prosad will take the stage at the Capitol Wednesday night opening for the Sons of Kemet.  He then heads back to the Free Stage for a show Thursday night. Tickets to the Capitol performance are $20.

*For more information and of course a FULL schedule and that handy dandy personal scheduling tool click here.