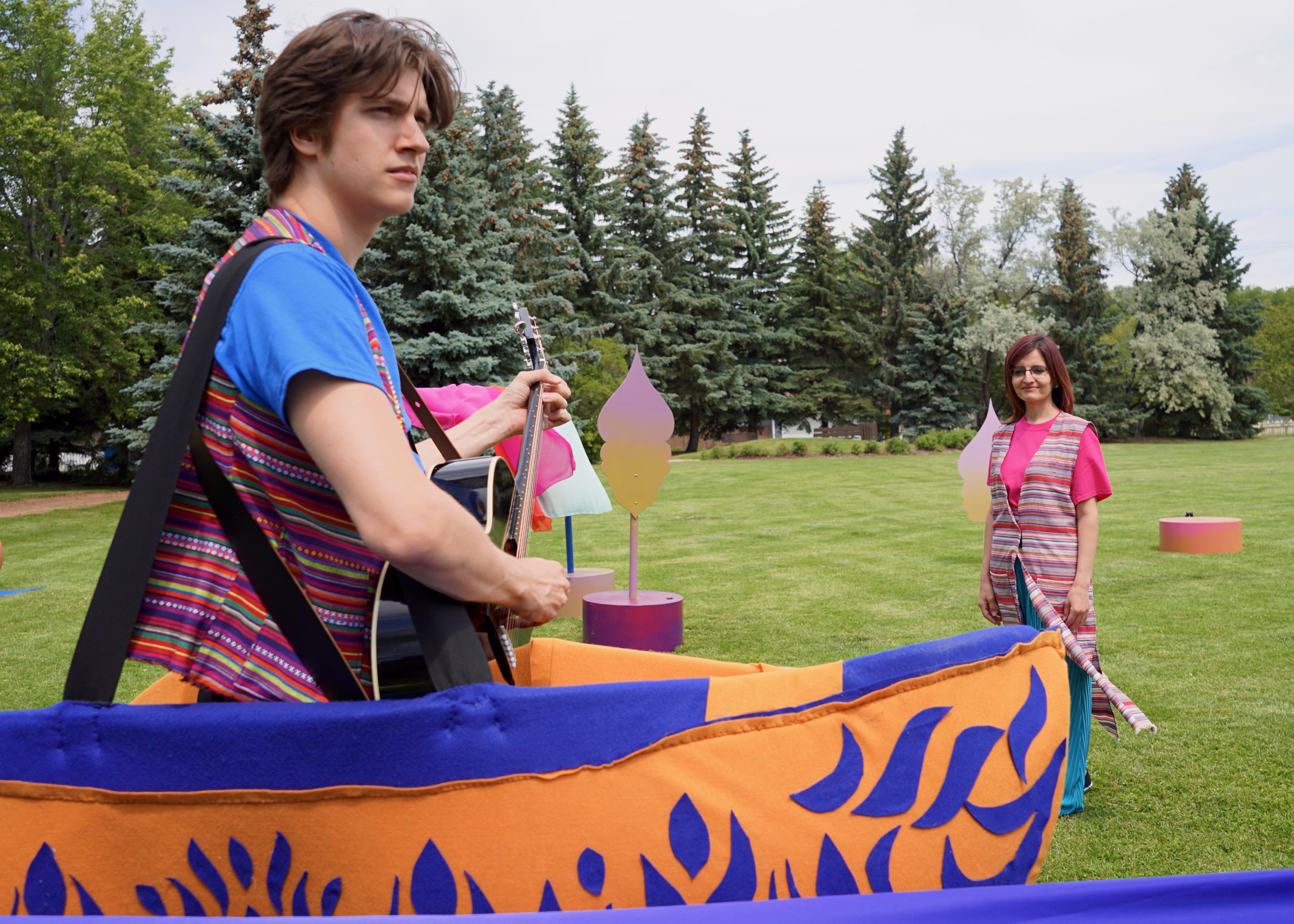 Connor Brousseau (left) and Rana Mustafa (right) bring a story of Syria to life in The Woodcutter and the Lion. (Britainy Zapshalla)

The summer tradition has returned. During the month of July, Sum Theatre heads out into community parks to present a live, musical and family friendly show for free. While past performances have featured fairy tales and mythology, this year’s performance heads into the land of Syria for the folk tale The Woodcutter and the Lion. It’s a story of a woodcutter who’s forced by drought to travel to an island where a dangerous lion lives to find wood. This is a show full of music, puppetry, dance and audience participation. Grab the kids a few snacks and head out into the park for this one hour performance. 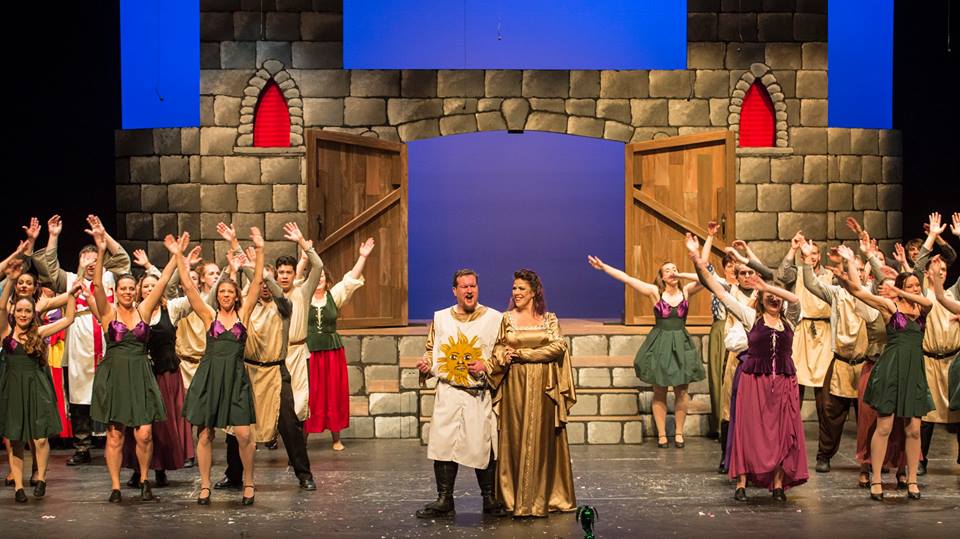 You still have a few chances to see this show and for Monty Python fans, it’s a must. The Saskatoon Summer Players seasonal musical Spamalot is taking audiences on a wild ride. Based on the movie from the 1970s, this show has all the gags you’d expect including the clacking of coconuts, and the bible thumping. Tickets are $36-$43.

Shakespeare on the Saskatchewan Site

It’s a celebration of Shakespeare’s master works but with two very different takes. Shakespeare on the Saskatchewan is back for another year and it’s a season that will delight purists and challenge convention at the same time. Richard III the tragedy about the power, greed and the downfall of a king is set in its traditional form with period costuming and plenty of swordplay. The second show Twelfth Night is a comedy about love, mistaken identity and it’s being set to bluegrass music. There’s plenty to do on site around the show with dance performances, readings and of course a few drinks on tap at the tavern. Tickets are $16 – $24.

Everything is irie in the summer and you will hear the proof this weekend. Saskatoon ReggaeFest is back for another year. This is a smaller, one-day music festival but it’s not going to be short on performers. Montreal’s Jah Cutta, Jim Balfour and the Outer Rings and Oral Fuentes will provide the music. There will also be dance performances, drumming and workshops. Tickets are $15 – $20. 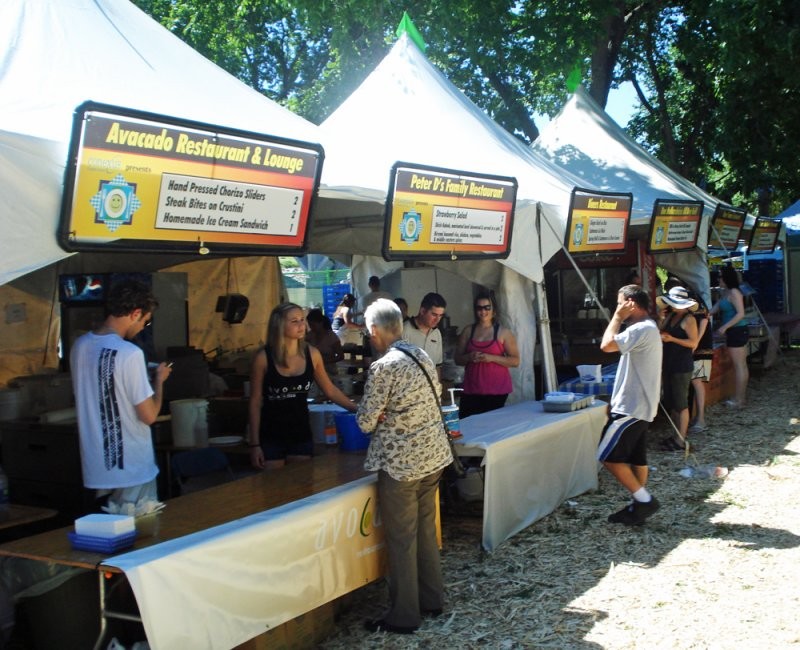 It’s dubbed Saskatoon’s “Flavourite” Event for a reason. Taste of Saskatchewan is back for another year of deep fried mars bars and butter chicken. 30 Saskatoon restaurants are pulling out all the stops to delight your tastebuds and even challenge them with offerings like octopus and gator. While you’re enjoying the food, sit back and listen to our province’s musicians. The schedule features 55 local bands. This is a great afternoon or evening in the park and another sign that summer is in full swing. Entry is free and food and liquor tokens will cost you $2 – $6 each.